Mick has worked at PPi for 17 years now.

He is a keen Leeds United fan and played football himself to a high standard until he was fifty.

Mick previously worked in the electronics industry for 27 years before becoming a wireman at British Aerospace Commercial Aircraft Division Hatfield.

Mick is coming up for a well-earned retirement soon and he will be missed by us all. 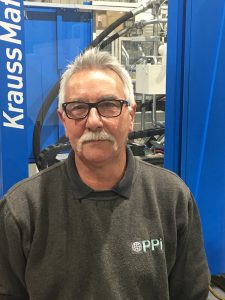 Processing...
Thank you! Your subscription has been confirmed. You'll hear from us soon.